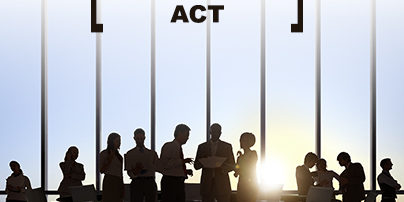 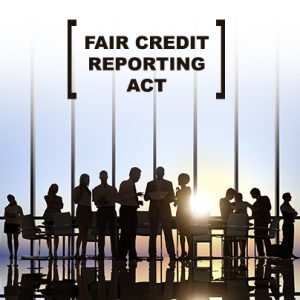 Consumer litigation filed under the Fair Credit Reporting Act (FCRA) – a federal law ensuring accuracy, fairness, and privacy of consumer information – increased 9.9 percent from 2016 to 2017, with FCRA filings increasing from 3,954 in 2016 to 4,346 in 2017, according to statistics provided by WebRecon LLC.

Although FCRA filings declined 14.3 percent from 349 in November to 299 in December, WebRecon LLC reports FCRA filings “have fluctuated since 2001 before increasing steadily starting in 2011.” Here are statistics for 2011-2017 from https://webrecon.com/webrecon-stats-for-dec-2017-year-in-review/:

Enacted by Congress in 1970, the FCRA (15 U.S.C. § 1681) promotes the accuracy, fairness, and privacy of consumer information contained in the files of Consumer Reporting Agencies (CRAs) and is intended to protect consumers from the willful and/or negligent inclusion of inaccurate information in reports.

The fact employers are targeted in FCRA lawsuits even after the U.S. Supreme Court ruled plaintiffs must prove “concrete injury” for alleged “bare” violations of the FCRA is one of the “ESR Top Ten Background Check Trends” selected by global background check firm Employment Screening Resources® (ESR).

In January 2018, ESR News reported the Supreme Court denied a petition for a writ of certiorari that sought a review of the Court’s ruling in Spokeo, Inc. v. Robins that found a mere “technical” violation of the FCRA does not constitute an “injury-in-fact” as required under Article III of the U.S. Constitution.