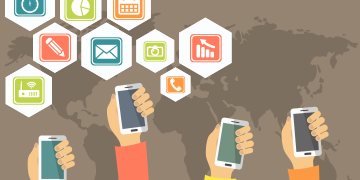 On January 23, 2018, Mick Mulvaney, Acting Director of the Consumer Financial Protection Bureau (CFPB) – an agency of the U.S. government responsible for consumer protection in the financial sector – sent a memo to employees informing them that the CFPB would continue to fulfill its legal mandate to enforce consumer protection laws while also redirecting its mission and focus under new leadership.

Mulvaney wrote: When I arrived at CFPB, I told folks that despite what they might have heard, I had no intention of shutting down the Bureau. Indeed, the law doesn’t allow that, and as members of the Executive Branch we are charged with faithfully executing the laws. So let’s be clear: the law mandates that we enforce consumer protection laws, and we will continue to do exactly that under my watch.

In the memo, Mulvaney explained “things would be different under new leadership” and articulated how things would be different after reading a story on Politico.com about how his predecessor, former CFPB Director Richard Cordray, ran the CFPB: “We wanted to send a message: There’s a new cop on the beat… Pushing the envelope is a loaded phrase, but that’s absolutely what we did.”

Mulvaney wrote this about the CFPB: Indeed, I think it is fair to say that the previous governing philosophy here was to aggressively “push the envelope” in pursuit of the “mission;” that we were the “good guys” and the “new sheriff in town,” out to fight the “bad guys.” Simply put: that is what is going to be different. In fact, that entire governing philosophy of pushing the envelope frightens me a little.

Mulvaney will execute the CFPB mandate, nothing more: And that is because CFPB has a new “mission”: we will exercise, with humility and prudence, the almost unparalleled power given to us to faithfully enforce the law in furtherance of the mandate given to us by Congress. But we go no further. Simply put, the days of aggressively “pushing the envelope” of the law in the name of the “mission” are over.

Mulvaney wrote the CFPB “will be focusing on quantifiable and unavoidable harm to the consumer” during enforcement and not “go looking for excuses to bring lawsuits.” The CFPB will also prioritize the complaints into the office, and “consider the potential costs and benefits to consumers and covered persons” required by the Dodd Frank Act. “In other words: there is a lot more math in our future.”

In November 2017, ESR News reported that Mulvaney – who is also the current Director of the Office of Management and Budget (OMB) – took over as Acting CFPB Director in November of 2017 following the resignation of former CFPB Director Richard Cordray. The White House stated that “Director Mulvaney will serve as Acting Director until a permanent director is nominated and confirmed.”

Since 2013, the CFPB took over responsibility from the Federal Trade Commission (FTC) of two forms for job applicants and employers mandated by the Fair Credit Reporting Act (FCRA) to use for background checks for employment purposes: “A Summary of Your Rights Under the Fair Credit Reporting Act” and “NOTICE TO USERS OF CONSUMER REPORTS: OBLIGATIONS OF USERS UNDER THE FCRA.”

“Among other roles, the CPFB has rule making and enforcement powers over the FCRA. Another federal agency, the FTC, has the power to protect consumers from deceptive trade practice under the FCRA, meaning background screening firms are subject to two, and potentiality overlapping, federal agencies,” says Attorney Lester Rosen, founder and CEO of Employment Screening Resources® (ESR).

“Neither employers nor background screening firms should assume from this new direction that legal compliance with the FCRA is any less critical,” adds Rosen. “It remains to be seen what this new CFPB policy means, and screening is still subject to review by the FTC and can be the subject of class action lawsuits. This is just another example of why legal compliance is the most critical element of screening.”