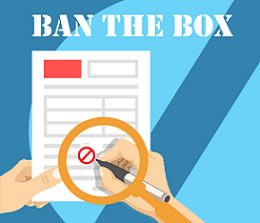 On March 13, 2018, Washington Governor Jay Inslee signed into law the Fair Chance Act (HB 1298) to extend “Ban the Box” legislation protections to applicants seeking jobs with both public and private employers in the state, according to a news release from the National Employment Law Project (NELP).

The Fair Chance Act – which takes effect June 7, 2018 – prohibits employers from asking about arrests or convictions before applicants are determined otherwise qualified for a position, adds a new chapter to Title 49 RCW (Revised Code of Washington), create a new section, and prescribe penalties. Specifically, the law states:

A study released by the NELP in 2011 entitled “65 Million Need No Apply” estimated that approximately 64.6 million ex-offenders in the United States – more than one in four American adults – have a criminal record. NELP has since revised the number of potential ex-offenders up to 70 million people.

The fact that employers in the United States will have to comply with a myriad of overlapping local and statewide Ban the Box laws now is one of the “ESR Top Ten Background Check Trends” for 2018 as selected by leading global background check firm Employment Screening Resources (ESR).

“Originally, Ban the Box was concerned with the initial the application process but now many of these laws have morphed into Fair Chance legislation that also imposes processes for how criminal information is utilized,” says ESR founder and CEO Attorney Lester Rosen, the author of ‘The Safe Hiring Manual.’

“In other words, since Ban the Box is often no longer limited to just the application process, a consistent statewide Ban the Box policy where employers are given some sort of immunity if they hire an ex-offender is likely the most effective means of giving ex-offenders a second chance,” explains Rosen.