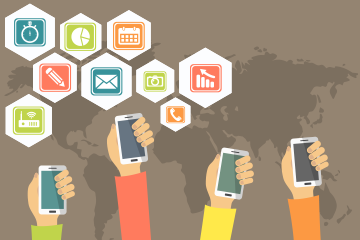 On March 26, 2018, the Federal Trade Commission (FTC) – the primary federal privacy and data security enforcement agency – confirmed it has opened an investigation into the privacy practices of Facebook, the world’s largest social media platform with 2.2 billion monthly active users, after a data breach that allowed Cambridge Analytica, a data analytics firm based in London, United Kingdom (UK), to allegedly have access to the personal information of approximately 50 million Facebook users.

“The FTC is firmly and fully committed to using all of its tools to protect the privacy of consumers. Foremost among these tools is enforcement action against companies that fail to honor their privacy promises, including to comply with Privacy Shield, or that engage in unfair acts that cause substantial injury to consumers in violation of the FTC Act,” Tom Pahl, Acting Director of the FTC Bureau of Consumer Protection, said in a statement regarding concerns about Facebook’s privacy practices.

“Companies who have settled previous FTC actions must also comply with FTC order provisions imposing privacy and data security requirements. Accordingly, the FTC takes very seriously recent press reports raising substantial concerns about the privacy practices of Facebook. Today, the FTC is confirming that it has an open non-public investigation into these practices,” Pahl said. The entire FTC statement is at www.ftc.gov/news-events/press-releases/2018/03/statement-acting-director-ftcs-bureau-consumer-protection.

In March 2018, The Guardian reported that Cambridge Analytica – described as a “data analytics firm that worked with (U.S. President) Donald Trump’s election team” and was “headed at the time by Trump’s key adviser Steve Bannon” – harvested the personal information of millions of Facebook user profiles without any authorization to build a software program that could target individual voters in the United States with personalized political advertisements to predict and influence choices in the election.

In a post on his Facebook page dated March 21, 2018, Facebook co-founder, Chairman, and Chief Executive Officer (CEO) Mark Zuckerberg told users the Menlo Park, California-based company had “a responsibility to protect your data, and if we can’t then we don’t deserve to serve you,” that he had worked “to understand exactly what happened and how to make sure this doesn’t happen again,” and also shared “an update on the Cambridge Analytica situation” that included a timeline of the events:

Cambridge Analytica responded to Facebook saying it “fully complies with Facebook’s terms of service and is currently in touch with Facebook following its recent statement that it had suspended the company from its platform, in order to resolve this matter as quickly as possible. Cambridge Analytica ‘s Commercial and Political divisions use social media platforms for outward marketing, delivering data-led and creative content to targeted audiences. They do not use or hold data from Facebook profiles .”

This is not the first time the FTC has investigated Facebook. In November 2011, Facebook agreed to settle FTC charges that it deceived consumers by telling them they could keep their information on Facebook private, and then repeatedly allowing it to be shared and made public. The settlement required Facebook to give consumers clear and prominent notice and to obtain express consent from consumers before their information is shared beyond the privacy settings they have established.

The FTC’s complaint against Facebook – part of an effort to make sure companies live up to the privacy promises they make to American consumers – charged that the claims Facebook made were unfair and deceptive, and violated federal law. “Facebook is obligated to keep the promises about privacy that it makes to its hundreds of millions of users,” then FTC Chairman Jon Leibowitz said in a press release. “Facebook’s innovation does not have to come at the expense of consumer privacy. The FTC action will ensure it will not.”