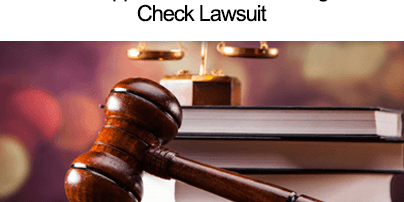 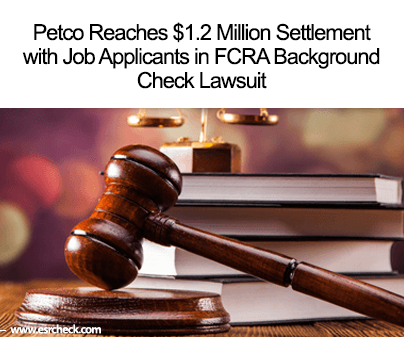 Petco Animal Supplies Inc. is waiting for preliminary approval of a $1.2 million settlement with two job applicants in a class action lawsuit that claims the company violated the federal Fair Credit Reporting Act (FCRA) with unlawful background check policies, according to a report on the Top Class Actions website.

Top Class Actions reports plaintiffs Jacklyn Feist and Angelica Zimmer reached the settlement with Petco after two-year legal battle in the background check class action lawsuit and stated the deal provides “excellent relief that is well within the range of reasonableness and should be preliminarily approved.”

The Petco FCRA background check class action lawsuit establishes a Class of approximately 37,279 job applicants who were subjected to Petco’s allegedly unlawful background check policies. If the proposed settlement is approved, the $1.2 million settlement fund will give each Class Member an estimated $20.

Top Class Actions reports the background check class action lawsuit was filed in a California state court in May 2016 and claimed Petco violated the FCRA by not providing a separate “stand alone” document disclosing its background check policy to individuals who would undergo a background check for Petco.

Passed by Congress in 1970, the FCRA 15 U.S.C. § 1681 protects consumers from the willful and/or negligent inclusion of inaccurate information in their background check reports, and regulates the collection, dissemination, and use of consumer information, including consumer credit information.

The fact FCRA lawsuits still target employers even after the U.S. Supreme Court ruled plaintiffs must prove “concrete injury” for alleged “bare” violations of a federal statute like the FCRA is one of the “ESR Top Ten Background Check Trends” selected by Employment Screening Resources® (ESR).