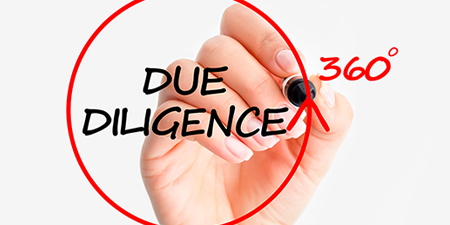 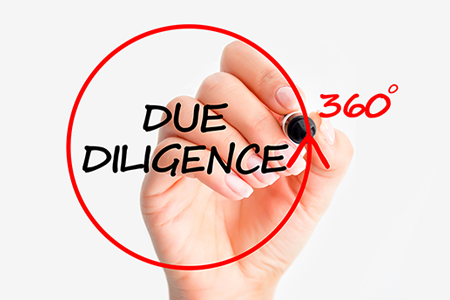 On May 5, 2018, the U.S. Immigration and Customs Enforcement (ICE) – which enforces federal laws governing border control, customs, trade, and immigration – announced that the agency’s Homeland Security Investigations (HSI) had already doubled the amount of ongoing worksite enforcement investigation cases in Fiscal Year (FY) 2018 compared to FY 2017, according to a news release from ICE.

“Our worksite enforcement strategy continues to focus on the criminal prosecution of employers who knowingly break the law, and the use of I-9 audits and civil fines to encourage compliance with the law,” Acting HSI Executive Associate Director Derek N. Benner said in the news release. “HSI’s worksite enforcement investigators help combat worker exploitation, illegal wages, child labor, and other illegal practices.”

ICE is the federal agency responsible for upholding laws established by the Immigration Reform and Control Act (IRCA) of 1986 that requires employers to verify the identity and work eligibility of workers they hire to help protect jobs for U.S. citizens, eliminate unfair competitive advantages for companies that hire an illegal workforce, and strengthen public safety and national security.

Under federal law, employers are required to verify the identity and employment eligibility of all individuals they hire, and to document that information using the Employment Eligibility Verification Form I-9. ICE uses the I-9 inspection as one its most powerful tools to promote compliance with the law and as part of a comprehensive strategy to address and deter illegal employment.

A notice of inspection (NOI) alerts business owners that ICE will audit their hiring records to determine whether they are complying with existing law. Employers are required to produce their company’s I-9s within three business days, after which ICE will conduct an inspection for compliance. If employers are not in compliance with the law, an I-9 inspection of their business will likely result in civil fines.

Failure to follow the law can result in criminal and civil penalties. In FY17, businesses were ordered to pay $97.6 million in judicial forfeitures, fines, and restitution, along with $7.8 million in civil fines, including one company whose financial penalties represented the largest payment ever levied in an immigration case. Fiscal Year 2018 started on October 1, 2017, and will end on September 30, 2018.

“Employers need to understand that the integrity of their employment records is just as important to the federal government as the integrity of their tax files and banking records. All industries, regardless of size, location and type are expected to comply with the law,” Benner said in the news release available at www.ice.gov/news/releases/ice-worksite-enforcement-investigations-already-double-over-last-year.

In October 2017, ESR News reported that Acting ICE Director Thomas Homan indicated he instructed the HSI to potentially quadruple worksite enforcement actions in 2018 during a speech focused on enforcing immigration laws. Homan said he ordered time spent on worksite enforcement to increase “by four to five times” and that ICE would “significantly increase” the number of inspections in worksite operations.

In February 2018, ESR News reported that deportation officers from ICE’s Enforcement and Removal Operations (ERO) conducted immigration enforcement operations in the San Francisco, California area and arrested more than 150 individuals who were in violation of federal U.S. immigration laws, according to a statement from ICE. Around half of the individuals arrested also had criminal convictions.

Also in February 2018, ESR News reported that deportation officers from ICE arrested 212 individuals for violating federal immigration laws – with 195 or 88 percent of those people arrested also being convicted criminals – and served 122 NOIs to businesses in the Los Angeles area during a five-day targeted operation, according to an ICE news release.