Oklahoma Voters Approve Initiative to Legalize Use of Medical Marijuana 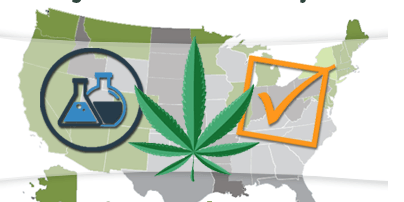 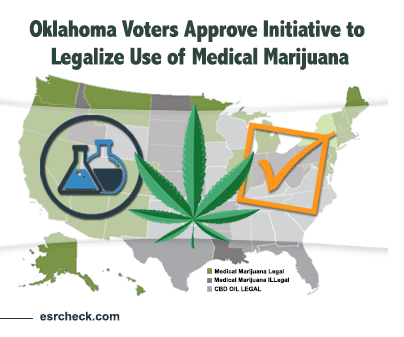 According to unofficial results from the Oklahoma State Election Board for the Statewide Primary Election, voters approved SQ 788 to legalize medical marijuana use by a margin of 56 percent to 43 percent. A summary of the initiative – which was written by Oklahomans for Health – reads as follows:

This measure amends the Oklahoma State Statutes. A yes vote legalizes the licensed use, sale, and growth of marijuana in Oklahoma for medicinal purposes. A license is required for use and possession of marijuana for medicinal purposes and must be approved by an Oklahoma Board Certified Physician. The State Department of Health will issue medical marijuana licenses if the applicant is eighteen years or older and an Oklahoma resident. A special exception will be granted to an applicant under the age of eighteen, however these applications must be signed by two physicians and a parent or legal guardian. The Department will also issue seller, grower, packaging, transportation, research and caregiver licenses. Individual and retail businesses must meet minimal requirements to be licensed to sell marijuana to licensees. The punishment for unlicensed possession of permitted amounts of marijuana for individuals who can state a medical condition is a fine not exceeding four hundred dollars. Fees and zoning restrictions are established. A seven percent state tax is imposed on medical marijuana sales.

In December 2016, ESR News also reported that employers performing drug tests having to deal with the growth of state laws allowing the medical and/or recreational use of marijuana was one of the ‘ESR Top Ten Background Check Trends’ for 2017 selected by Employment Screening Resources (ESR).

Employment Screening Resources (ESR) – a global background check firm – understands that employers performing drug testing must deal with complex laws regarding the use of marijuana for both medical and recreational purposes. To learn more, visit www.esrcheck.com/Background-Checks/Drug-Testing/.