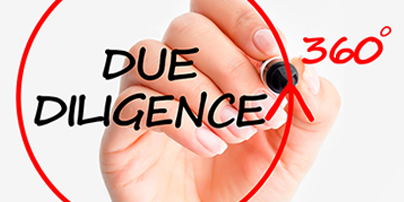 A suspected “Rideshare Rapist” arrested for allegedly raping four women while posing as a rideshare driver after he fraudulently represented himself to pass a background check to drive for ridesharing company Lyft even though he was an undocumented immigrant shows the need for a thorough background check process, according to a background screening expert interviewed by the San Francisco Chronicle.

The Chronicle reports that Lyft is reinforcing its screening process after confirming that Orlando Vilchez Lazo – a 37-year-old undocumented immigrant – worked as a Lyft driver after passing a background check. Police have charged Lazo with kidnapping and raping four women between 2013 and 2018 who received rides from him while he posed as a ridesharing driver when they left bars and nightclubs in San Francisco.

“Individuals who drive for Lyft must be eligible to work in the United States,” Lyft spokeswoman Kate Magolis said in a statement about Lazo, who was deactivated as a driver and has pleaded not guilty to the charges. “In this circumstance, this person fraudulently represented themself. Together with our background check provider, we are adding enhanced detection processes that will apply to all new and existing applicants.”

Evading a background check is not easy, according to Brad Landin, president and chief compliance officer for Employment Screening Resources® (ESR). “If someone is bound and determined, they could probably circumvent it by acquiring a Social Security number, adopting a name, somehow creating a history, employment, using friends as (pseudo) employment references – putting together a whole background,” he said.

But Landin – a background screening industry veteran with over 25 years of experience in regulated compliance matters – said that type of elaborate ruse is “fairly rare.” He explained that while using another person’s Social Security number is common among undocumented immigrants and finding a fake driver’s license is relatively easy, a more thorough background check should uncover such deceptions, the Chronicle reports.

Landin said a screening industry best practice is to use E-Verify, a web-based system that matches employee information on the Form I-9 against records from the Social Security Administration (SSA) and Department of Homeland Security (DHS). “It identifies any discrepancy and then requires the applicant to rectify that in person,” he said. “It’s the most definite way to identify people who cannot legally work in the U.S.”

However, the Chronicle reports that since rideshare drivers are considered to be independent contractors and E-Verify can only be used by employers hiring employees, ridesharing companies such as Lyft and Uber do not use the system. Landin also recommended a comprehensive public records search of all counties where an applicant has lived and worked, which both Lyft and Uber include in their driver background checks.

Landin also told the Chronicle that biometric checks such as fingerprints are not as all-encompassing as many people believe since the Federal Bureau of Investigation (FBI) database contains only approximately 65 percent of criminal records. Of these records, only half show the outcome such as whether or not an arrest resulted in a conviction, a finding of not guilty, or if the charges were dropped completely.

The growing scrutiny over background checks of drivers for ride-hailing companies such as Lyft and Uber is one of the “ESR Top Ten Background Check Trends” for 2018 selected by Employment Screening Resources® (ESR), which is headquartered in the San Francisco, California area. The “Rideshare Rapist” case is the latest in a seemingly long and troubling line of violent incidents involving drivers working for popular ridesharing firms.

In April 2018, ESR News reported that a CNN investigation found at least 103 drivers working for Uber in the U.S. were accused of sexually assaulting or abusing their passengers in the past four years and 31 Uber drivers were convicted for crimes ranging from forcible touching and false imprisonment to rape. CNN also found 18 cases of Lyft drivers being accused of similar crimes in the past four years with four convictions.

In November 2017, ESR News reported that the California Public Utilities Commission (CPUC) strengthened the background checks for drivers for ridesharing firms such as Uber and Lyft by requiring them to use only third-party background screening companies accredited by the National Association of Professional Background Screeners (NAPBS) when conducting driver background checks.