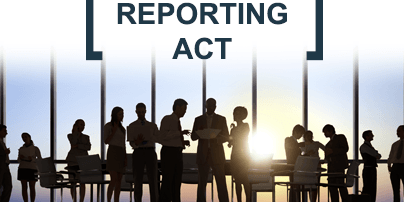 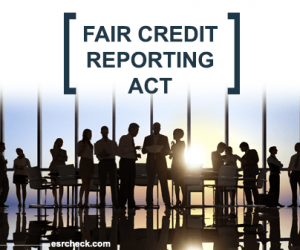 On July 13, 2018, the U.S. Court of Appeals for the Ninth Circuit upheld the dismissal of a lawsuit filed against State Farm for alleged violations of the Fair Credit Reporting Act (FCRA) by an applicant who claimed he was not allowed to review incorrect information on a credit check before losing out on a job, Bloomberg reports.

Bloomberg reports that the applicant in this case, Bobby Dutta, claimed State Farm relied on an inaccurate credit history report that showed incorrect information about an unpaid debt when it rejecting him for a job. However, Judge Eric N. Vitalianom wrote that the debt itself was enough to disqualify the applicant from the job.

Judge Vitalianom wrote: Consequently, although Dutta made a plausible showing of State Farm’s procedural violation of FCRA, he failed to establish facts showing he suffered actual harm or a material risk of harm. Thus, Dutta failed to establish a concrete injury for purposes of the injury-in-fact element of standing.

The ruling in the case of Dutta v. State Farm Mut. Auto. Ins. cited a precedent that the U.S. Supreme Court established in its ruling in the case of Spokeo, Inc. v. Robins in 2016 where a business publishing incorrect information about a person that does not cause harm may not violate that person’s rights under the FCRA.

Judge Vitalianom – who was joined in the opinion by Judges Richard A. Paez and Sandra S. Ikuta – wrote the court upheld the earlier dismissal of Dutta’s claim of FCRA violations because the inaccurate credit report was not the reason he did not get hired under State Farm Mutual Automobile Insurance Company’s hiring criteria.

Judge Vitalianom concluded in the ruling: Following Spokeo, Inc. v. Robins… the panel held that the plaintiff lacked Article III standing. He did not… demonstrate how the specific violation of 15 U.S.C. § 1681b(b)(3)(A) alleged in the complaint actually harmed or presented a material risk of harm to him.

On May 16, 2016, the Supreme Court ruled in Spokeo v. Robins that consumers must prove “concrete injury” in class action lawsuits for alleged “bare” violations of a federal statute such as the FCRA. The case involved a man who filed a lawsuit against Spokeo – an online “people search engine” – for FCRA violations.

In January 2018, the Supreme Court denied a petition for a writ of certiorari that sought a review of its ruling in the case of Spokeo v. Robins that found a “technical” violation of a federal statute such as the FCRA does not constitute a “concrete injury” or “injury-in-fact” as required under Article III of the U.S. Constitution.

The petition filed by Spokeo followed an August 2017 ruling by the Ninth U.S. Circuit Appeals Court on remand from the Supreme Court that the claim by Robins that Spokeo violated the FCRA by providing inaccurate information about him had sufficient concrete injury to meet the Article III standing.

The fact that employers are still being targeted in class action lawsuits for technical violations of the FCRA even after the Supreme Court ruling in the Spokeo case is one of the “ESR Top Ten Background Check Trends” for 2018 selected by leading global background check firm Employment Screening Resources® (ESR).

“In no way did the Supreme Court decision in Spokeo mean employers could relax obligations for FCRA compliance,” explained ESR founder and CEO Attorney Lester Rosen. “Employers must ensure they comply with the FCRA and work with a background screening firm that understands the FCRA inside and out.”