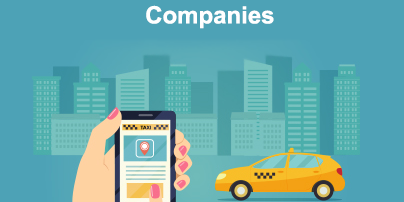 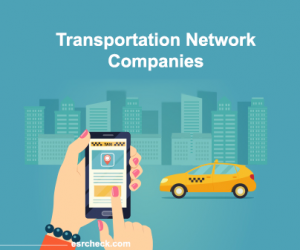 A bill that strengthens background checks on ride-share drivers by requiring all individuals applying to be a driver for a ride-sharing service operating in Illinois to provide their full legal name, social security number (SSN), and date of birth for the background check process became law on August 7, 2018, according to a press release on the website of Illinois State Senator Daniel Biss (D-Evanston).

“People who use ride-sharing services as a method of transportation deserve to know who’s driving the car they’re getting into,” State Senator Biss, who introduced the bill, explained in the press release. “By requiring drivers to provide more than just basic information, ride-sharing companies are now held to the same standard that other licensed transportation services have been held to for years.”

The new law, House Bill 4416, passed the Illinois Senate and House with bipartisan support. Previously, prospective ride-share drivers only had to provide their address, age, driver’s license number, motor vehicle registration, and automobile insurance liability. The genesis of the bill was an incident in Biss’s district where a ride-share driver under court supervision for a previous DUI was arrested for a DUI while working.

Several states have passed laws to strengthen background checks ride-sharing companies such as Uber and Lyft perform on their drivers. The growing scrutiny over background checks for ride-sharing drivers is one of the “ESR Top Ten Background Check Trends” for 2018 selected by Employment Screening Resources® (ESR), a global background check firm headquartered in the San Francisco, California area.

Why the scrutiny? In April 2018, a CNN investigation found at least 103 Uber drivers in the U.S. were accused of sexually assaulting or abusing their passengers in the past four years and 31 Uber drivers were convicted for crimes ranging from forcible touching and false imprisonment to rape. CNN also found 18 cases of Lyft drivers being accused of similar crimes in the past four years with four convictions.

California already had a law requiring ride-sharing companies to conduct stricter background checks on their drivers that took effect January 1, 2017. The law prohibited ride-shares from employing drivers who are registered sex offenders, convicted of terrorism-related or violent felonies, or have been convicted of assault or battery, domestic violence, or driving under the influence in the past seven years.

Also in November 2017, the Maryland Public Service Commission (PSC) removed nearly 15 percent of ride-share drivers from apps for failing state-mandated screening despite passing background checks by Uber and Lyft. Maryland – which reviews completed job applications for ride-share drivers – has rejected roughly 6.6 percent of the applications received since new rules were established in December 2015.

In February 2017, former New Jersey Governor Chris Christie signed legislation that would license and regulate transportation network companies (TNCs) – the official name for ride-share companies in such legislation – and require them to meet insurance coverage standards and conduct driving and criminal background checks on prospective ride-share drivers. The law took effect on May 1, 2017.

In November 2016, Uber and Lyft entered into agreements with Massachusetts requiring them to guarantee every ride-share driver working locally to have passed the state’s mandated background check by April 3, 2017. Previously, in August 2016, Massachusetts Governor Charlie Baker had signed legislation to regulate ride-share drivers with the strongest state background checks in the nation.

In October 2016, a law took effect in Rhode Island that required ride-share companies using third-party companies to perform background checks on potential drivers to only use those firms accredited by the NAPBS, a non-profit trade organization representing the background screening industry and currently consisting of over 880 member companies engaged in the screening profession in the United States.

Since its inception, the NAPBS has maintained that there is a strong need for a singular and cohesive industry standard. The NAPBS created the Background Screening Agency Accreditation Program (BSAAP) to be a “seal of approval” representing a background screening organization’s commitment to excellence, accountability, high professional standards, and continued institutional improvement.