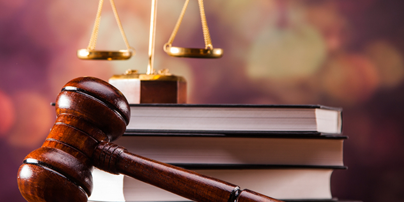 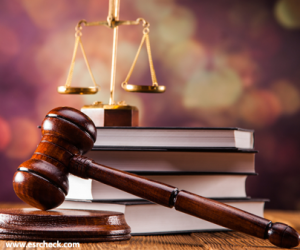 The Supreme Court of California has reviewed a case to resolve a conflict in the Courts of Appeal over whether the Investigative Consumer Reporting Agencies Act (ICRAA) is unconstitutionally vague as applied to employment background checks because it overlaps with the Consumer Credit Reporting Agencies Act (CCRAA). The Court affirmed the Appeals Court judgment that the overlapping statutes do not render the ICRAA unconstitutionally vague when they are otherwise unambiguous and employers can comply with both statutes.

in the case of EILEEN CONNOR v. FIRST STUDENT, INC., current and former bus drivers filed a class action against their employers – defendants First Student, Inc., and First Transit, Inc. (collectively “First”) – and the investigative consumer reporting agencies that conducted background checks. Connor worked as a school bus driver for First and First requested that their consumer reporting agency conduct background checks on its employees on three separate occasions in 2007, 2009, and 2010.

Before conducting the background checks, First sent Connor a “Safety Packet” booklet that included a notice entitled “Investigative Consumer Report Disclosure and Release” that contained a check box that generally described Connor’s rights under ICRAA and informed her that she could check the box if she wanted to receive a copy of the report. The notice also informed her that checking the box would release First from all claims and damages arising out of or relating to its background investigation.

Connor’s lawsuit against First alleged that the notice did not satisfy the ICRAA’s specific requirements and that First failed to obtain her written authorization to conduct the background check, as ICRAA requires. Written authorization ensures that the subjects of investigative background checks are aware of their right to receive copies of the information gathered about them so they can correct inaccuracies, dispute the information, and request reinvestigation.

Connor sued First for violating ICRAA because she claimed its 2010 notice did not satisfy ICRAA notice requirements and First did not obtain her written authorization to conduct the background investigation. First moved for summary judgment, however, claiming that ICRAA is unconstitutionally vague as applied to Connor’s claim because it overlaps with CCRAA and that, in any event, First’s notice satisfied CCRAA. The trial court granted First’s motion.

The Court of Appeal reversed the trial court’s judgment, finding that although ICRAA and CCRAA might overlap to some degree, there is no “positive repugnancy” between them that would render ICRAA unconstitutional. The court held that agencies that provide reports (including reports prepared for employers addressing employee creditworthiness and character) “can comply with each act without violating the other.” The California Supreme Court granted First’s petition for review and found:

In interpreting ICRAA and CCRAA, we agree with the Court of Appeal and find that potential employers can comply with both statutes without undermining the purpose of either. If an employer seeks a consumer’s credit records exclusively, then the employer need only comply with CCRAA. An employer seeking other information that is obtained by any means must comply with ICRAA. In the event that any other information revealed in an ICRAA background check contains a subject’s credit information and the two statutes thus overlap, a regulated party is expected to know and follow the requirements of both statutes, even if that requires greater formality in obtaining a consumer’s credit records (e.g., seeking a subject’s written authorization to conduct a credit check if it appears possible that the information ultimately received may be covered by ICRAA).

In a related argument, First asserts that because ICRAA and CCRAA cover the same subject matter, it is unclear which statute applies in the context of employment background checks. However, Connor’s example of a report that would fall within the scope of both ICRAA and CCRAA is simply one that contains information bearing on both a consumer’s creditworthiness and on her character. It seems to us that such a duality does not make legal compliance particularly difficult, much less impossible.

The Supreme Court of California concluded the background check that First conducted is an investigative consumer report under ICRAA because it reported on Connor’s “character, general reputation, personal characteristics, or mode of living.” The fact that the CCRAA also applies here does not exempt First from the requirement that it obtain written authorization under ICRAA before conducting a background investigation. The opinion in the case of EILEEN CONNOR v. FIRST STUDENT, INC., is available here.

In August 2015, ESR News reported that the Court of Appeals of California held that the ICRAA was “not unconstitutionally vague” when applied to background checks The ICRAA is the California state version of the federal Fair Credit Reporting Act (FCRA) that regulates the collection and use of consumer information for background checks nationwide. According to the ruling: There is nothing in either the ICRAA or the CCRAA that precludes application of both acts to information that relates to both character and creditworthiness.

In December 2015, ESR News reported that the California Supreme Court would review the decision in the case of Connor v. First Student, Inc. The ICRAA governs agencies with regard to “investigative consumer reports” that contain information on a consumer’s character, reputation, personal characteristics, or mode of living. The CCRAA governs agencies with regard to “consumer credit reports” that contain information bearing on a consumer’s credit worthiness, credit standing, or credit capacity.