Mayor of City in Florida Drops Ph.D. from Biography after Issuing School Revealed to Be Diploma Mill 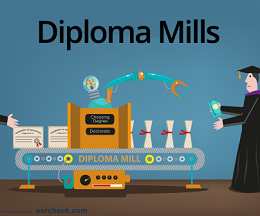 The Mayor of Temple Terrace, Florida has changed her profile on the city website by dropping the “Dr.” before her name and removing a reference to a Ph.D. in psychology “to address revelations that the Ph.D. she has long touted comes from a diploma mill and that she cannot prove she holds a master’s degree she also included in her resume,” according to a report from The Tampa Bay Times.

The Times reports that Mayor Mel Jurado made the changes a few hours before a City Council meeting on October 16, 2018, where her supporters “derided as a witch hunt” a Tampa Bay Times report on October 4, 2018, that revealed “records show Jurado’s Ph.D. is from an unaccredited correspondence school called LaSalle University, a notorious diploma mill that was based in Mandeville, Louisiana.”

The Times reports that “records show LaSalle was an unaccredited correspondence school shut down in 1996 as its founder pleaded guilty to fraud and tax evasion.” The Times also reports that Mayor Jurado “does hold a master’s degree in psychology from the University of Illinois” and that she “told the Times she was unaware LaSalle was a diploma mill until a reporter informed her.”

The Times reported on October 17, 2018, that the “mayor’s profile on the business networking site LinkedIn still indicated she has a Ph.D. from LaSalle in Louisiana and two master’s degrees, one in psychology and the other in sports medicine.” However, The Times also reports “the University of Illinois at Urbana-Champaign says it never issued Jurado a master’s degree in exercise physiology and sports medicine.”

The diploma mill problem is a common one. In April 2017, ESR News reported that a newly hired principal at Pittsburg High School in Kansas resigned from her job after student journalists published a story questioning the legitimacy of the college where the new principal claimed she had received her master’s and doctorate degrees after finding articles referring to that school as a diploma mill.

The diploma mill problem is also global. A British Broadcasting Corporation (BBC) News investigation in 2017 discovered that thousands of United Kingdom (UK) nationals purchased fake degrees from a multi-million dollar diploma mill operation in Pakistan. In August 2017, a Pakistani man was sentenced to 21 months in prison and ordered to forfeit $5,303,020 for his role in that diploma mill scheme.

Diploma mill providers that sell worthless degrees without requiring academic achievement make an estimated $200 million annually, according to College Choice. Warning signs of a diploma mill include aggressive cold calls and spam, no studies or exams, instant degrees in exchange for money, admission based on having a credit card, multiple complaints on file, and no faculty listed on the school’s website.

To help combat diploma mill problem in the United States and verify accredited schools, the Council for Higher Education Accreditation (CHEA) offers an online Database of Institutions and Programs Accredited by Recognized United States Accrediting Organizations and the U.S. Department of Education (ED) offers an online Database of Accredited Postsecondary Institutions and Programs.

Use Education Verifications from ESR to Combat Diploma Mill Problems