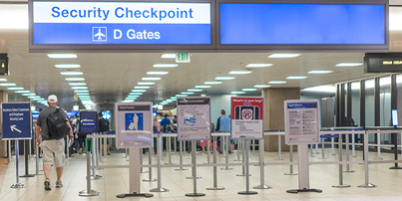 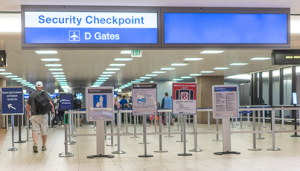 The Federal Bureau of Investigation (FBI) has completed its investigation of the unauthorized flight of a Horizon Air Q400 aircraft from Seattle-Tacoma International Airport in Washington by Richard Russell on Friday, August 10, 2018, and decided – given the death of Russell in the incident and his lack of co-conspirators – to not pursue federal charges, according to a press release from the FBI Field Office in Seattle.

The FBI investigation found Russell, 28, a ground service agent for Horizon Air, piloted the aircraft alone and the final descent that caused the plane to crash on Ketron Island in Puget Sound and result in his death was intentional. The investigation failed to reveal any additional people involved in the planning or execution of the unauthorized flight. Here is the FBI’s approximate timeline of the events of August 10, 2018.

FBI interviews with co-worker, friends, and family – and a review of text messages exchanged with Russell during the incident – did not identify any information that would suggest the theft of the aircraft was related to wider criminal activity or terrorist ideology. Information regarding Russell’s background, possible stressors, and personal life did not provide a clear motivation for his actions.

The FBI investigation found Russell was a properly credentialed employee of Horizon Air, had access to the exterior and interior of aircraft in the course of his duties, and did not appear to have violated any security measures or protocols until the theft of the plane. Russell knew how to operate the aircraft’s auxiliary power unit (APU) and was familiar with tow equipment and maneuvering as part of his job.

In August 2018, ESR News reported the bizarre incident of an airline employee such as Russell stealing an empty passenger airplane and flying erratically and acrobatically for close to an hour while being followed by armed military jets before intentionally crashing the plane had raised questions about “the vulnerability of airport security” and had also potentially “exposed a gap in airline security.”

Brad Tilden, CEO of Alaska Airlines, which owns Horizon Air, told CNN that Russell was in uniform, had credentials, and clearance to be in secure areas. “They’re credential employees. They’re there to work on the airplanes… This is aviation in America. The doors of the airplanes are not keyed like a car. There is not an ignition key like a car. The setup in aviation in America is we secure the airfield.”

In February 2017, an investigation into airport security in America led the House Homeland Security Committee Majority Staff to issue a report that examined employee screening at approximately 450 airports in the U.S. under federal control. The report found that “much more needs to be done to improve the state of access controls and mitigate the insider threat facing America’s aviation sector.”

Employment Screening Resources® (ESR) – a leading global background check firm – offers background screening for employers specializing in the aviation, trucking, automotive, and transportation industries to help them be confident about employee drivers and fliers and ensure the safety of the public. To learn more, visit www.esrcheck.com/Background-Checks/Industry-Specific-Solutions/Transportation/.