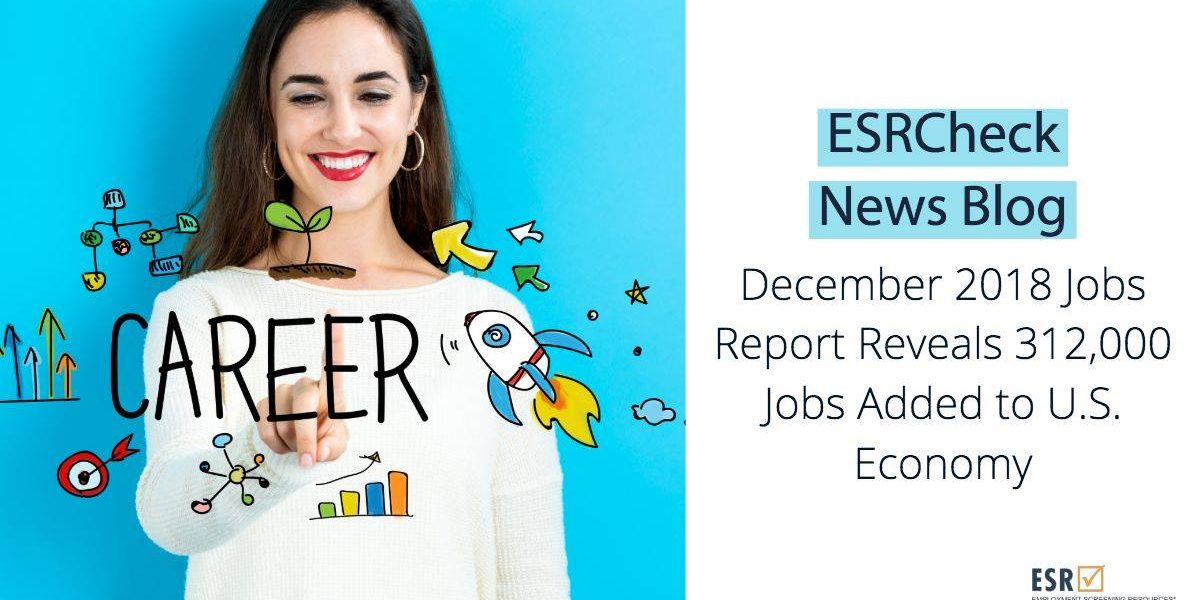 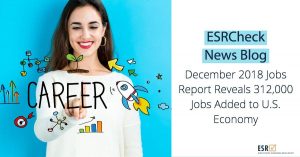 The United States economy added 312,000 jobs in December 2018 while the unemployment rate rose to 3.9 percent during the month, according to the “Employment Situation” jobs report for December 2018 released by the U.S. Department of Labor’s (DOL) Bureau of Labor Statistics (BLS).

The December 2018 jobs report revealed employment rose by 2.6 million in 2018 compared with 2.2 million in 2017. The number of unemployed persons rose to 6.3 million while job gains occurred in health care, professional and business services, food services and drinking places, construction, manufacturing, and retail trade.

Employment in other major industries including mining, wholesale trade, transportation and warehousing, information, financial activities, and government, showed little change over the month, according to the December 2018 jobs report.

The jobs report is usually released on the first Friday of every month. The jobs report for January 2019 is scheduled to be released on Friday, February 1, 2019. Until then, the most recent jobs report will be available at www.bls.gov/news.release/empsit.nr0.htm (PDF).

A survey of HR professionals released in May 2018 by the National Association of Professional Background Screeners (NAPBS) – a non-profit trade organization representing the background screening industry – revealed that 95 percent of employers conduct background checks on job applicants.