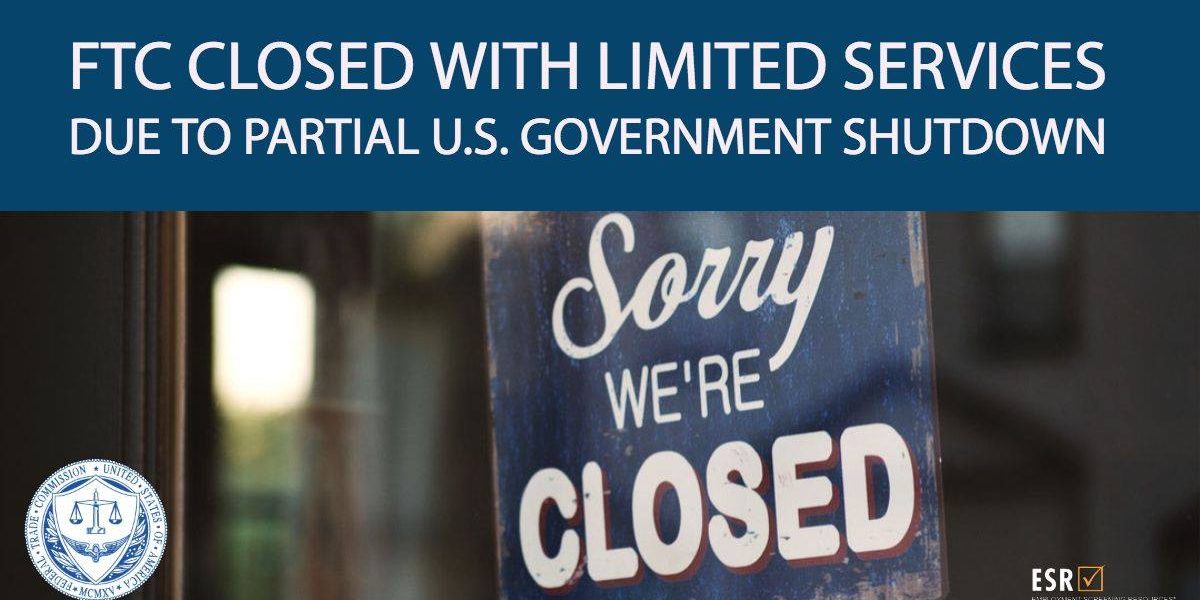 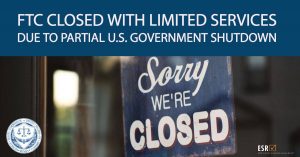 The Federal Trade Commission (FTC) – the federal agency protecting American consumers – closed on December 28, 2018, due to a lapse in funding caused by the partial shutdown of the United States federal government that began on December 22, 2018, according to a notice on the FTC website.

FTC Closed Due To Government Shutdown

The FTC website and social media properties will not be updated until the government reopens and all FTC events are postponed until future notice. Some online services will be available while others are not. The status of FTC online services is listed below and also listed at www.ftc.gov/ftc-is-closed.

The following FTC services WILL NOT be available during the shutdown:

The following FTC services WILL be available during the shutdown under these conditions:

Along with protecting American consumers by preventing unfair and deceptive business practices, the FTC helps to enforce the federal Fair Credit Reporting Act (FCRA) that governs background checks for employment purposes in the United States. To learn more about the FTC, visit www.ftc.gov.

ESR Was One of First Adopters of Privacy Shield Framework

Employment Screening Resources® (ESR) – a leading global background check firm – was one of the first adopters of the Privacy Shield Framework with an original certification date of August 12, 2016, less than two weeks after Privacy Shield officially launched on August 1, 2016. For more information, visit www.esrcheck.com.