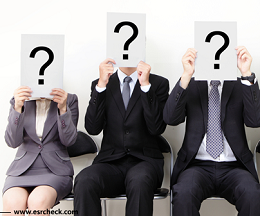 On January 15, 2019 – during his first full day in office – Illinois Governor Jay Robert “J.B.” Pritzker signed Executive Order 2019-02, a package of legislation and executive orders designed to raise and protect the wages of working families that included a ban on asking applicants for state jobs about their salary history to ensure pay equity for women, according to a news release from the Office of the Governor.

The order will require the Illinois Department of Central Management Services (CMS) and Department of Human Rights to review the state’s pay plan to eliminate bias generated by asking employees for salary history which often disadvantages women. Due to the historic salary disadvantages women face, the State of Illinois will no longer ask prospective employees questions about salary history.

“As the sponsor of the no salary history bill, I am proud to stand with our new governor today as he takes strong, immediate action to close the gender pay gap and move towards pay equity,” Illinois State Representative Anna Moeller (D – 43rd District) stated in the news release. “Governor Pritzker is making it clear to women across our state that they have a staunch ally and advocate in the governor’s office.”

Statistics from the U.S. Census Bureau show women earned 80 percent of what men earned in 2015. According to the National Committee on Pay Equity, the gender wage gap between men and women has narrowed by less than one-half a penny per year in the U.S. since 1963 when Congress passed The Equal Pay Act (EPA) of 1963, which is part of the Fair Labor Standards Act  (FLSA) of 1938.

In January 2019, the EEOC announced that a settlement of $36,802 was reached in an EEOC equal pay discrimination lawsuit filed against the Maryland Insurance Administration.  In October 2018, Denton County in Texas agreed to pay $115,000 to a female doctor after the EEOC filed an equal pay discrimination lawsuit over violations of the EPA and Title VII of the Civil Rights Act of 1964.

“When an employer has a background screening firm perform past employment verifications, it is critical that the screening firm knows which states and cities prohibit salary history questions and have software that facilitates compliance, or else that employer could be fined,” according to ESR founder and Chief Executive Officer (CEO) Attorney Lester Rosen, the author of “The Safe Hiring Manual.”