You are here:
2019Criminal Records 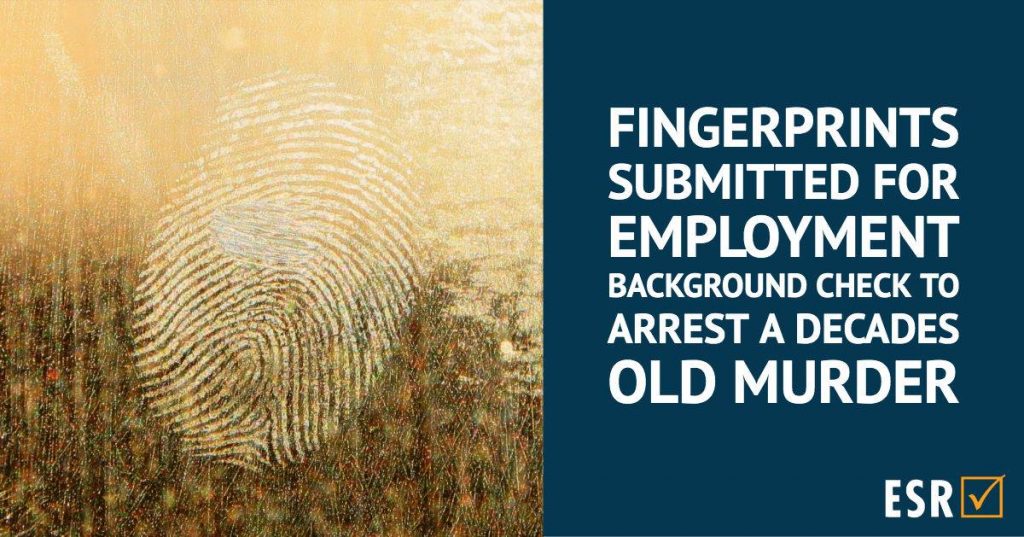 A Florida man was arrested on a charge of first-degree murder after the fingerprints he submitted for a background check while applying for a job linked him to a decades old murder of a woman stabbed and bludgeoned to death in a Delray Beach consignment shop, according to a report from WPLG Local10.com.

Fingerprints for Job Lead to Arrest for Murder

WPLG Local10.com reports that a Delray Beach police spokeswoman said fingerprints and DNA evidence found at the crime scene linked Todd Barket, 51, a former South Florida resident at the time of the murder now living in Brandon, to the killing of Sondra Better, 68, whose body was found where she worked alone in August of 1998.

The police spokeswoman said fingerprints and blood samples from the crime scene were entered into national databases, but there were no matches until Barket – who is currently being held without bond in jail – submitted his fingerprints for an employment background check in December of 2018, WPLG Local10.com reports.

WPLG Local10.com reports that “the killer’s blood led from Better’s body to the cash register drawer and out the front door to the sidewalk” and that he “also left his fingerprints behind on a decorative ball” but police were unable to find a match and make an arrest until more than 20 years after the crime was committed.