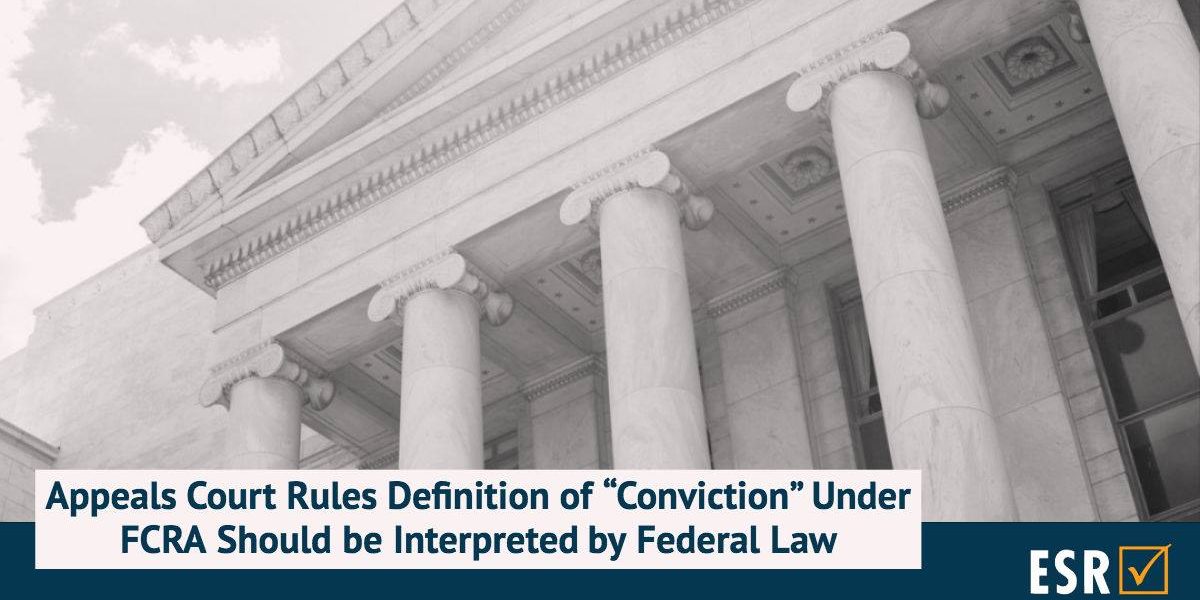 On April 16, 2019, the U.S. Court of Appeals for the Seventh Circuit ruled in Aldaco v. RentGrow, Inc. that the definition of “conviction” under the federal Fair Credit Reporting Act (FCRA) should be interpreted by federal law and not by the law of the state where the criminal record was originally generated.

The appellate court hearing an appeal from the United States District Court for the Northern District of Illinois, Eastern Division, also affirmed the ruling that a guilty plea resulting in a sentence of supervision qualified as a “conviction” under federal law, including the FCRA.

According to court documents, plaintiff Rafaela Aldaco pleaded guilty to battery in 1996 and received a sentence of six months supervision, a diversionary disposition under Illinois law. The state court entered a finding of guilt and deferred proceedings while Aldaco served her sentence.

In 2015, Aldaco consented to a criminal background check as part of an application process to rent an apartment. The background check report flagged her sentence for battery and she was not allowed to rent the apartment because her criminal history violated the landlord’s residential criteria.

Aldaco filed a lawsuit that claimed the consumer reporting agency (CRA) performing the background check violated the FCRA, which prohibits CRAs from disclosing any arrest record more than seven years old but permits reporting “records of convictions of crimes” no matter how long ago they occurred.

Aldaco argued that a sentence of supervision in Illinois is not a conviction under the FCRA – which does not define the word “conviction” – and asserted that “conviction” in the FCRA means “conviction as defined by state law” and that she had not been convicted as Illinois law understands that word.

A district judge ruled the CRA was entitled to summary judgment since “conviction” has a federal definition, under which Aldaco’s battery record qualifies. Aldaco then appealed to the U.S. Court of Appeals for the Seventh Circuit, again asserting that Illinois law supplies a definition of conviction.

According to the appeals court: “As far as we can tell, the word ‘conviction’ in federal statutes has been defined according to state law only with explicit direction from Congress.” No such direction appears in the FCRA and the court did not see why the FCRA’s use of “conviction” should be interpreted differently.

The appeals court concluded that the word “convictions” encompassed pleas of guilt and that Aldaco’s guilty plea and sentence to six months supervision qualified as a battery “conviction” under the FCRA. As a result, the court found the CRA did not violate the FCRA by reporting this information to the landlord.

“There has been a significant spike in class action lawsuits under the FCRA and the allegations are almost always based on violations by failing to follow the basic FCRA 101 rules,” said Rosen. “Most FCRA lawsuits can be avoided by a rudimentary review of the forms and processes used by employers.”