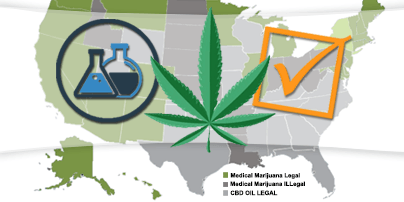 On April 9, 2019, the New York City Council passed a proposed bill – Introduction No. 1445-A – that prohibited New York City employers from requiring job applicants to submit to drug testing for the presence of tetrahydrocannabinol (THC), the active ingredient in marijuana, as a condition of employment.

Since Introduction No. 1445-A was not signed or vetoed by New York City Mayor Bill de Blasio within 30 days of its passage, the bill became a law on May 10, 2019. The local law takes effect one year after it becomes law, so New York City employers must comply with the marijuana drug testing ban by May 10, 2020.

Under the law, job applicants may still undergo drug testing for marijuana if it is required by the U.S. Department of Transportation (DOT), federal contracts or grants, federal or state statutes, or collective bargaining agreements. The law also provides exceptions for safety and security sensitive jobs.

Jobs where applicants can still be tested for marijuana include construction workers, police officers, commercial drivers, teachers, day care center employees, any job requiring the supervision or care of patients, and any job that can significantly impact the health or safety of employees or the public.

In April 2019, ESR News reported the drug testing positivity rate for the U.S. workforce hit a fourteen-year high in 2018 – 4.4 percent in 2018 versus 4.2 percent in 2017 – and climbed to the highest level since the 4.5 percent attained in 2004, according to analysis released by Quest Diagnostics.