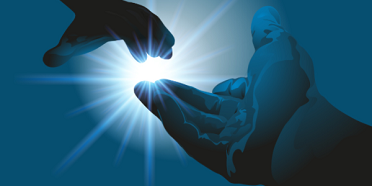 The basic problem for the “trust economy” – also called the “sharing” or “gig” economy – where applications or “apps” are used to facilitate on-demand services such as Uber, which allows car owners to share their vehicle and time with others, is “trust,” according to background check expert Attorney Lester Rosen, founder and Chief Executive Officer (CEO) of Employment Screening Resources® (ESR).

In his article “Why Consumers Cannot Trust the Trust Economy – The Inherent Conflict of Interest between Gig Economy Firms and their Customers and How to Fix It,” Rosen – the author of ‘The Safe Hiring Manual’ – explains how there have been documented cases and negative publicity surrounding the selection of trust economy workers who have not proven to be safe and could pose a risk to consumers.

Rosen cited an investigation by CNN (Cable News Network) in 2018 that found at least 103 drivers in the United States working for transportation network company (TNC) Uber “have been accused of sexually assaulting or abusing their passengers in the past four years” and as many as “31 drivers have been convicted for crimes ranging from forcible touching and false imprisonment to rape.”

In the wake of the CNN investigation, Uber increased due diligence to strengthen its driver background checks in April 2018 and began conducting annual background checks. Uber also started to perform continuous background checks in July 2018 to a “meaningful percentage” of its U.S. drivers and can be notified if a driver has been newly charged with a criminal offense.

Besides Uber – and other TNCs such as Lyft and Sidecar –  examples for the “trust economy” services include housing applications such as Airbnb where homeowners may share their unused place to sleep, and websites that give access to people who provide their time as caregivers, babysitters, home repair workers, and other services where providers and customers are brought together by technology.

The trust economy is growing rapidly. Rosen cited a study by Intuit that estimated approximately 7.6 million Americans will be regularly working as providers in the trust economy by 2020, more than doubling the total of 3.2 million in 2015. The trust economy sector has grown from 17 percent of the U.S. workforce in 1990, to 36 percent of it in 2015, and is expected to reach 43 percent by 2020.

However, Rosen explained that in order to get the requisite numbers of workers, trust economy firms must attract them as quickly and cheaply as possible since spending time and money to be selective is not in their short term best interest. As a result of this “need for speed” and the desire to attract warm bodies to do work, these firms have an incentive to do the opposite of what consumers would want.

Consumers concerned for their safety want trust economy firms to be selective, take time to do proper vetting, and spend what is needed to ensure that their workers undergo a rigorous background check.  Rosen explained the basic disconnect faced by the trust economy is that firms want the trust, but there is a disincentive to do the things needed to fully gain trust from the consumers their technology serves.

“As the trust economy grows, stories of consumers being harmed by criminal acts of providers can be expected to increase as well. Given the negative fallout from such publicity to any firm in the trust marketplace space, it would seem that an effort to create some standardized and generally accepted background screening protocols would be of great benefit to both providers and consumers,” Rosen wrote.

“The obvious solution is for firms in the trust economy to formulate a nationally accepted standardized approach to due diligence and background checks.  The keywords are ‘nationally accepted.’  Merely creating self-serving industry standards that benefit the gig marketplace will not go nearly far enough to assure consumers, the government, or plaintiff’s lawyers that the sector is truly regulating itself,” he concluded.

Employment Screening Resources® (ESR) offers a complimentary white paper entitled “21 Shortcuts & Traps that Can Lead to Inaccurate Criminal Records” on the different ways that a screening program that sounds good can turn out to not do anything close to what is being advertised once examined closely. The white paper is at www.esrcheck.com/Tools-Resources/Whitepaper-Library/21-Shortcuts-Lead-To-Inaccurate-Criminal-Records/.