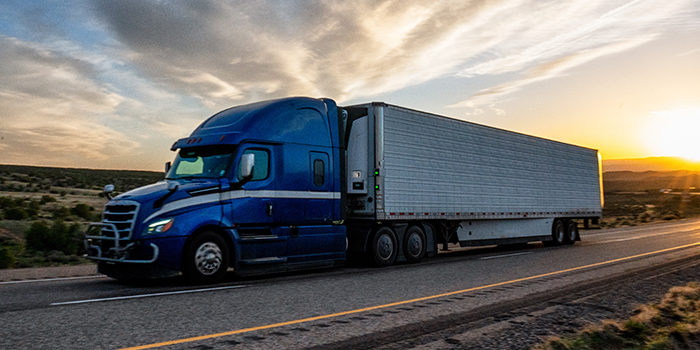 The Drug & Alcohol Clearinghouse (Clearinghouse) – an online database that gives employers and government agencies real-time access to information about holders of commercial driver’s licenses (CDLs) and commercial learner’s permits (CLPs) who are covered by Federal Motor Carrier Safety Administration (FMCSA) Drug and Alcohol Testing Program – “might be too successful, at least where the nationwide truck driver shortage is concerned,” according to an article on the FleetOwner website.

The FleetOwner article explained when CDL/CLP holders test positive for a banned substance and the result is recorded in the Clearinghouse, CDL/CLP holders must cease “safety-sensitive” tasks like operating a commercial vehicle until they go through and clear the return-to-duty (RTD) process. Since the Clearinghouse took effect on January 6, 2020, 106,037 drug violations and 2,416 alcohol violations have been reported among CDL/CLP holders including people who refused drug and alcohol testing and thus disqualified themselves from driving.

Marijuana was the most popular drug among CDL/CLP holders after January 2020 with 58,904 positive results, according to the FleetOwner article. The other drugs included: cocaine; methamphetamine; amphetamines; the opioids oxymorphone, oxycodone, hydrocodone, and hydromorphone; morphine; codeine (commonly used in prescription cough syrup but widely abused); 6-acetylmorphone (a metabolite of heroin); phencyclidine (known as PCP or angel dust); MDMA (ecstasy or “Molly”); and the psychedelic drug MDA (“Sally”).

However, while the American Trucking Associations (ATA) estimated the trucker shortage is currently 80,000 drivers and could reach 160,000 drivers by 2030, the positives of the Clearinghouse outweigh the drivers disqualified. “If it’s a choice between an empty truck and having a drug-impaired driver, we’ll take an empty truck,” Dan Horvath, VP of safety policy for the ATA, told FleetOwner in an interview. “We are absolutely a champion of the [clearinghouse]. We advocated for it before its inception.”

In addition, Horvath pointed out that the federal Clearinghouse is not intended to end the careers of drivers but to instead “get them on the path to sobriety – at least when they are behind the wheel of a truck (a typical Class 8 weighs at least 33,000 lb. empty and even more loaded) hurtling down the highway,” according to the FleetOwner article. The federal Clearinghouse does have “an impact on the driver shortage, [but excluded drivers] can maybe come back to help us,” he conceded.

Categories: 2022, Drug TestingMarch 1, 2022
Tags: Drug Testdrug testingFMCSA
Categories
Recent posts
Archives
Tag cloud
background check Background Checks Ban the Box BLS California Class Action Lawsuits Coronavirus court cases credit reports Criminal records DHS discrimination E-verify EEOC employment employment eligibility Employment Eligibility Verification Employment Screening Resources Employment Screening Resources (ESR) Employment Verification ESR ESR Speaks ex-offenders Fair Credit Reporting Act Fair Credit Reporting Act (FCRA) FCRA Federal Trade Commission form I-9 FTC Human Resources identity theft Job Applicants jobseekers jobs report Lester Rosen NAPBS Privacy SHM 5 SHM 10 SHRM Social networking sites State laws trends USCIS Webinar
Go to Top
We use cookies to customize and enhance the website experience of visitors, facilitate the use of the website, identify visitors to the website, gain statistics about visits to the website, and understand the manner in which our visitors browse the website. We also use the information to diagnose technical and service problems, administer the website, and enhance website security. We use analytics systems to determine how much time visitors spend on our web pages, how visitors navigate through the website, and how we may tailor the website to meet the needs of our visitors. Cookies can be first-party cookies which are those set by us on this website or third-party cookies set by third parties authorized to do so by us. By using the website, you consent to the use of cookies. Our Cookies Policy explains what cookies are, how we use cookies, your choices regarding cookies, and further information about cookies.
Cookie SettingsAccept All
Manage consent