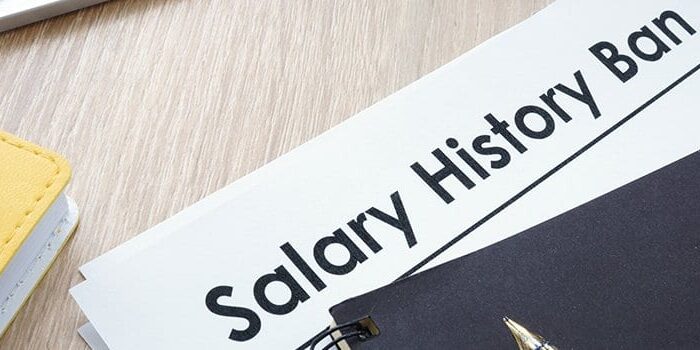 On July 28, 2022, the U.S. Equal Employment Opportunity Commission (EEOC) announced the issuing of a consensus study report titled “Evaluation of Compensation Data Collected Through the EEO-1 Form” which studied the EEOC’s historic and first-time collection of pay data from certain private employers and federal contractors completed in 2020, according to a press release from the EEOC.

Issued by the National Academies of Sciences, Engineering, and Medicine, the study confirmed that the data EEOC collected may be used effectively by the agency to help focus its resources to identify pay discrimination and offered short-term and long-term recommendations for improving pay data collection by the agency if undertaken in the future. Specifically, the study commissioned by the EEOC in 2020 found:

“The study confirmed what we at the EEOC have long known – collecting and analyzing pay data can be a useful tool in preventing and combating pay discrimination in American workplaces,” EEOC Chair Charlotte A. Burrows stated in the press release. “The National Academies’ rigorous examination of the Commission’s historic first pay data collection validates our efforts to collect and use compensation data to achieve pay equity in our nation.”

Chair Burrows added: “Pay discrimination continues to be a significant impediment to economic fairness for millions of workers, which, in turn, harms the nation. Yet pay discrimination is hard to fight, because it’s hidden from view. This study confirms that federal pay data collection could be a unique and critically important resource for helping the Commission better identify and combat pay discrimination.”

The EEOC – a U.S. government agency that enforces federal employment discrimination laws – can file equal pay discrimination lawsuits against employers who allegedly violate the Equal Pay Act of 1963 (EPA) and Title VII of the Civil Rights Act of 1966 (Title VII). Both Acts prohibit sex-based wage discrimination. However, the gender gap in pay has remained relatively stable in the United States over the past 15 years.

In 2020, women earned 84 percent of what men earned, according to a Pew Research Center analysis, and women would have to work an extra 42 days to earn what men did in 2020 based on this estimate. As a result, laws prohibiting employers from asking about salary history have increased to narrow the gender pay gap. As of 2022, salary history question bans exist in many major American cities and several states.

“Pay equity” is a means of eliminating sex and race discrimination in the wage-setting system, which means that the criteria employers use to set wages must be sex- and race-neutral, according to the National Committee on Pay Equity (NCPE), a coalition of women’s and civil rights organizations working to eliminate sex- and race-based wage discrimination and close the wage gap between women, as well as people of color, and men.

“When an employer has a background screening firm perform past employment verifications as part of a pre-employment background check on a job applicant, it is critical that the screening firm knows which cities, counties, and states prohibit salary history questions, or else that employer could be fined or sued,” explained Attorney Lester Rosen, the founder of Employment Screening Resources (ESR), a service offering of ClearStar.

Categories: 2022, Equal PayAugust 1, 2022
Tags: discriminationEEOCEqual Paypay equitysalary historySHM 4
Categories
Recent posts
Archives
Tag cloud
background check Background Checks Ban the Box BLS California Class Action Lawsuits Coronavirus court cases credit reports Criminal records DHS discrimination E-verify EEOC employment employment eligibility Employment Eligibility Verification Employment Screening Resources Employment Screening Resources (ESR) Employment Verification ESR ESR Speaks ex-offenders Fair Credit Reporting Act Fair Credit Reporting Act (FCRA) FCRA Federal Trade Commission form I-9 FTC Human Resources identity theft Job Applicants jobseekers jobs report Lester Rosen NAPBS Privacy SHM 5 SHM 10 SHRM Social networking sites State laws trends USCIS Webinar
Go to Top
We use cookies to customize and enhance the website experience of visitors, facilitate the use of the website, identify visitors to the website, gain statistics about visits to the website, and understand the manner in which our visitors browse the website. We also use the information to diagnose technical and service problems, administer the website, and enhance website security. We use analytics systems to determine how much time visitors spend on our web pages, how visitors navigate through the website, and how we may tailor the website to meet the needs of our visitors. Cookies can be first-party cookies which are those set by us on this website or third-party cookies set by third parties authorized to do so by us. By using the website, you consent to the use of cookies. Our Cookies Policy explains what cookies are, how we use cookies, your choices regarding cookies, and further information about cookies.
Cookie SettingsAccept All
Manage consent