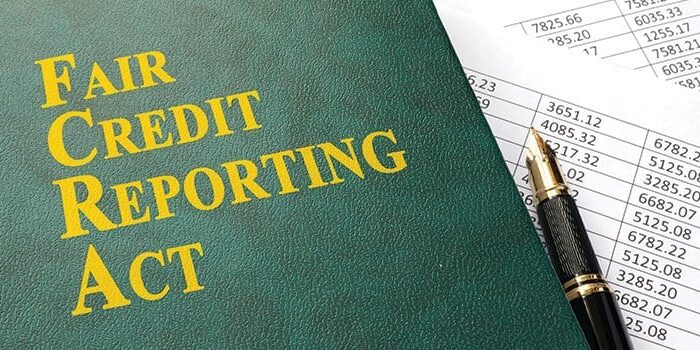 In August 2022, the U.S. Chamber of Commerce and several trade associations filed a coalition amicus brief that urged the U.S. Court of Appeals for the Second Circuit to reject an attempt to expand Fair Credit Reporting Act (FCRA) obligations to require consumer reporting agencies (CRAs) and furnishers to adjudicate legal disputes.

The filing was in response to an amicus brief filed in May 2022 by the Consumer Financial Protection Bureau (CFPB) and Federal Trade Commission (FTC) that argued the Second Circuit should reject a district court’s “exceedingly narrow view” of the FCRA accuracy requirement in the class action lawsuit Sessa v. Trans Union.

The FCRA imposes various requirements that CRAs must follow when they compile and disseminate consumer reports about individual consumers. Section 1681e(b) of the FCRA requires CRAs to “follow reasonable procedures to assure maximum possible accuracy” of consumer reports. The CFPB and FTC argued:

“The district court adopted an exceedingly narrow view of what constitutes an inaccuracy for purposes of the FCRA. Specifically, it held ‘that accuracy with respect to FCRA claims applies to factual but not legal accuracy.’ The factual/legal distinction undergirding the district court’s holding finds no support in the text of the statute.”

In Sessa v. Trans Union, the plaintiff consumer sued the defendant TransUnion – one of the three nationwide credit reporting companies – for allegedly violating the FCRA after reporting on the consumer’s credit report that she owed nearly $20,000 on a car lease that she actually did not owe under the plain terms of her lease.

The plaintiff consumer claimed that defendant TransUnion violated the FCRA by failing to have reasonable procedures to assure the information on her report was accurate. However, TransUnion argued that it could not be responsible for failing to do its duty under the FCRA because the error was “legal” rather than “factual.”

A U.S. district court agreed with TransUnion and dismissed the complaint, holding that the information in a consumer report was accurate – and therefore the plaintiff did not show this element of Section 1681e(b) liability – so long as any inaccuracies can be characterized as “legal” rather than “factual” in nature.

The coalition amicus brief also agreed: “The main question in this case is whether the FCRA addresses only factual accuracy in credit reports, or also requires determinations of legal validity. As the district court correctly recognized, the FCRA requires CRAs to guard against factual inaccuracies, not to resolve legal disputes.”

The FCRA 15 U.S.C § 1681 was enacted by Congress in 1970 to promote the accuracy, fairness, and privacy of consumer information contained in the files of CRAs, and to protect consumers from the willful and/or negligent inclusion of inaccurate information in their consumer reports, including credit reports.

Categories: 2022, FCRAAugust 22, 2022
Tags: AccuracyCFPBConsumer Reporting Agency (CRA)Fair Credit Reporting ActFair Credit Reporting Act (FCRA)FCRA
Categories
Recent posts
Archives
Tag cloud
background check Background Checks Ban the Box BLS California Class Action Lawsuits Coronavirus court cases credit reports Criminal records DHS discrimination E-verify EEOC employment employment eligibility Employment Eligibility Verification Employment Screening Resources Employment Screening Resources (ESR) Employment Verification ESR ESR Speaks ex-offenders Fair Credit Reporting Act Fair Credit Reporting Act (FCRA) FCRA Federal Trade Commission form I-9 FTC Human Resources identity theft Job Applicants jobseekers jobs report Lester Rosen NAPBS Privacy SHM 5 SHM 10 SHRM Social networking sites State laws trends USCIS Webinar
Go to Top
We use cookies to customize and enhance the website experience of visitors, facilitate the use of the website, identify visitors to the website, gain statistics about visits to the website, and understand the manner in which our visitors browse the website. We also use the information to diagnose technical and service problems, administer the website, and enhance website security. We use analytics systems to determine how much time visitors spend on our web pages, how visitors navigate through the website, and how we may tailor the website to meet the needs of our visitors. Cookies can be first-party cookies which are those set by us on this website or third-party cookies set by third parties authorized to do so by us. By using the website, you consent to the use of cookies. Our Cookies Policy explains what cookies are, how we use cookies, your choices regarding cookies, and further information about cookies.
Cookie SettingsAccept All
Manage consent