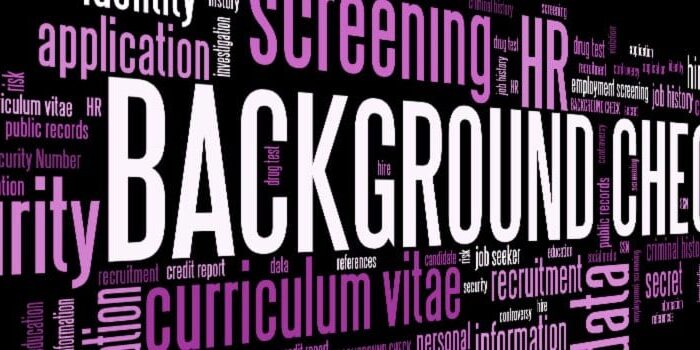 In January 2022, the Occupational Safety and Health Administration (OSHA) announced the withdrawal of the COVID-19 Vaccination and Testing Emergency Temporary Standard (ETS) issued in November 2021 to protect unvaccinated employees of large employers with 100 or more workers from exposure to COVID-19. In a decision that prompted the withdrawal, the Supreme Court of the United States (SCOTUS) issued a ruling in January 2022 that blocked the Vaccination and Testing ETS. “Although Congress has indisputably given OSHA the power to regulate occupational dangers, it has not given that agency the power to regulate public health more broadly. Requiring the vaccination of 84 million Americans, selected simply because they work for employers with more than 100 employees, certainly falls in the latter category,” the Supreme Court explained in its opinion.

In February 2022, a federal judge ordered the United States Air Force to pay more than $230 million in damages to survivors and families of victims of a shooting at a Texas church in 2017 after failing to submit the gunman’s criminal history to the Federal Bureau of Investigation’s (FBI) background check system which may have kept him from legally buying the weapon he used in the shooting. Earlier in July 2021, a U.S. District Judge had ruled the Air Force was “60 percent liable” for the shooting after it failed to submit Kelley’s assault conviction during his time in the Air Force to the FBI’s National Instant Criminal Background Check System (NICS) which was established by the Brady Act of 1993 as a national namecheck system for federal firearms licensees (FFL) to use to determine if a person can legally buy a firearm.

In March 2022, the Michigan State Court Consent Verification Registration became available and will allow authorized individuals to access identifiers in court records. Dates of birth (DOBs) contained in court records are protected personal identifying information under Michigan Court Rule (MCR) 1.109 and may not be accessed unless allowed by law or court rule. However, a person may provide written consent for another person or agency to access their date of birth information in court records. The Michigan State Court Administrative Office (SCAO) will maintain a list of individuals who are authorized to access a party’s date of birth in court records for the purposes of verifying identity, pursuant to MCR 1.109(D)(9)(b)(v)(B), without presenting a copy of the person’s written consent to the court. The list of authorized individuals will be publicly available on the SCAO’s website.

In May 2022, a federal court was asked to approve a $9 million settlement in a class action lawsuit once ruled on by the Supreme Court of the United States to settle claims that a nationwide credit reporting agency (NCRA) violated the Fair Credit Reporting Act (FCRA). The plaintiff in the case filed the lawsuit in 2012 after he was prevented from buying a car when the NCRA mistakenly stated on a credit report that his name was found on a list of suspected terrorists. After a decade in the courts, the Supreme Court ruled a plaintiff must suffer “concrete harm” resulting from a violation of federal statute such as the FCRA to have standing to sue under Article III of the U.S. Constitution. “To have Article III standing to sue in federal court, plaintiffs must demonstrate, among other things, that they suffered a concrete harm. No concrete harm, no standing,” the opinion noted.

In July 2022, the Consumer Financial Protection Bureau (CFPB) issued an advisory opinion to ensure that companies using and sharing background checks have a “permissible purpose” under the Fair Credit Reporting Act (FCRA). The FCRA ensures fair and accurate reporting and requires users of background check reports to have a legally permissible purpose so they cannot check an individual’s personal information without a bona fide reason such as using reports for credit, insurance, housing, or employment decisions. “While Congress and regulators must do more to protect our privacy, the CFPB will be taking steps to use the Fair Credit Reporting Act to combat misuse and abuse of personal data on background screening and credit reports,” CFPB Director Rohit Chopra said about the advisory opinion, which also outlined FCRA criminal liability provisions.

In September 2022, California Governor Gavin Newsom vetoed Senate Bill 1262 (SB 1262) which may have provided “a more convenient process for companies conducting commercial background checks” but “would also allow any member of the public to easily access individuals’ sensitive personal information online,” according to his veto message. SB 1262 would have required publicly accessible electronic indexes of defendants in criminal cases to permit searches based on a defendant’s Date of Birth or Driver’s License Number or both. The Professional Background Screening Association (PBSA) – a non-profit organization representing the background screening industry – supported SB 1262 “because the only identifier remaining on the publicly available record is often name, which is not enough to conclude that the record is about any specific person.”

In October 2022, the Consumer Financial Protection Bureau (CFPB) issued guidance to consumer reporting companies (CRAs) on “Fair Credit Reporting & Facially False Data” concerning their obligation to screen for and eliminate obviously false “junk data” from consumer credit reports. The advisory opinion from the CFPB highlights that a CRA that does not implement reasonable internal controls to prevent the inclusion of “junk data” in consumer reports is not using “reasonable procedures to assure maximum possible accuracy” as required under section 607(b) of the federal Fair Credit Reporting Act (FCRA).  Under the FCRA, CRAs have a legal requirement to follow “reasonable procedures to assure maximum possible accuracy” of information that they collect and report and they must have policies and procedures to screen for and eliminate junk data.

In October 2022, the U.S. Department of Homeland Security (DHS) announced an extension of the temporary flexibility in complying with requirements related to “Form I‑9, Employment Eligibility Verification” due to the continued safety precautions related to COVID-19 – which was set to expire on October 31, 2022 – until July 31, 2023. In March 2020, in response to precautions related to COVID-19, the DHS announced flexibility in requirements related to Form I-9 compliance that would exercise prosecutorial discretion to defer the physical presence requirements of the Form I-9 under Section 274A of the Immigration and Nationality Act (INA). In April 2021, the DHS updated its Form I-9 flexibility so the requirement that employers inspect Form I-9 identity and employment eligibility documentation in-person applies only to employees who physically report to work.

In December 2022, the European Commission issued a draft adequacy decision for the EU-U.S. Data Privacy Framework which will foster trans-Atlantic data transfers between the European Union (EU) and the United States (U.S.) by ensuring an adequate level of protection for personal data. With the draft, the European Commission has launched the process to adopt an adequacy decision for the EU-U.S. Data Privacy Framework to address the concerns raised by the Court of Justice of the European Union (CJEU) in its Schrems II decision of July 2020 that led to the invalidation of the previous EU-U.S. Privacy Shield. An adequacy decision is one of the tools provided under the General Data Protection Regulation (GDPR) to transfer personal data from the EU to third countries which offer a comparable level of protection of personal data to that of the EU.

Employment Screening Resources (ESR) is a service offering of ClearStar, a leading Human Resources technology company specializing in background checks, drug testing, and occupational health screening. ClearStar and ESR wish everyone a Happy New Year and will close their offices to observe the holiday on Monday, January 2, 2023.

Categories: 2022, ESRDecember 29, 2022
Tags: background checkBackground ChecksClearStarEmployment Screening ResourcesEmployment Screening Resources (ESR)ESR
Categories
Recent posts
Archives
Tag cloud
background check Background Checks Ban the Box BLS California CFPB Class Action Lawsuits Coronavirus court cases credit reports Criminal records DHS discrimination E-verify EEOC employment employment eligibility Employment Eligibility Verification Employment Screening Resources Employment Verification ESR ESR Speaks ex-offenders Fair Credit Reporting Act Fair Credit Reporting Act (FCRA) FCRA Federal Trade Commission form I-9 FTC Human Resources identity theft Job Applicants jobseekers jobs report Lester Rosen NAPBS Privacy SHM 5 SHM 10 SHRM Social networking sites State laws trends USCIS Webinar
Go to Top
We use cookies to customize and enhance the website experience of visitors, facilitate the use of the website, identify visitors to the website, gain statistics about visits to the website, and understand the manner in which our visitors browse the website. We also use the information to diagnose technical and service problems, administer the website, and enhance website security. We use analytics systems to determine how much time visitors spend on our web pages, how visitors navigate through the website, and how we may tailor the website to meet the needs of our visitors. Cookies can be first-party cookies which are those set by us on this website or third-party cookies set by third parties authorized to do so by us. By using the website, you consent to the use of cookies. Our Cookies Policy explains what cookies are, how we use cookies, your choices regarding cookies, and further information about cookies.
Cookie SettingsAccept All
Manage consent