You are here:
2023FinancialHuman Resources 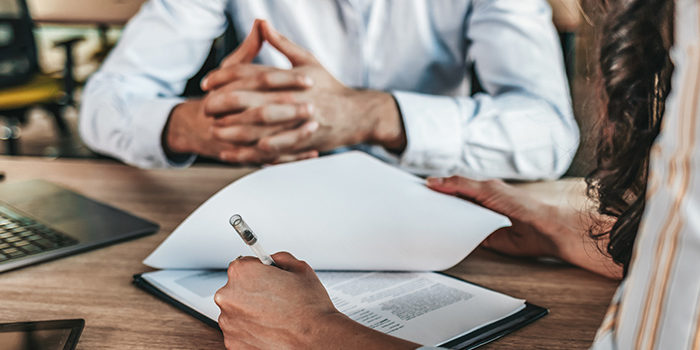 On January 5, 2023, the Federal Trade Commission (FTC) proposed a new rule that would ban employers from imposing noncompetes on their workers, “a widespread and often exploitative practice that suppresses wages, hampers innovation, and blocks entrepreneurs from starting new businesses,” according to an FTC press release.

The FTC estimates that one in five American workers – roughly 30 million people – are bound by a non-compete clause that restricts them from pursuing better job opportunities due to a contractual term between them and employers that blocks the worker from working for a competing employer or starting a competing business.

The FTC is seeking public comment on the proposed rule, which is based on a preliminary finding that noncompetes constitute an unfair method of competition and therefore violate Section 5 of the Federal Trade Commission Act (FTC Act). The comment period for the proposed rule is open through March 10, 2023.

“The freedom to change jobs is core to economic liberty and to a competitive, thriving economy,” FTC Chair Lina M. Khan stated. “Noncompetes block workers from freely switching jobs, depriving them of higher wages and better working conditions, and depriving businesses of a talent pool that they need to build and expand.”

Categories: 2023, Financial, Human ResourcesJanuary 10, 2023
Tags: Federal Trade CommissionFTC
Categories
Recent posts
Archives
Tag cloud
background check Background Checks Ban the Box BLS California CFPB Class Action Lawsuits Coronavirus court cases credit reports Criminal records DHS discrimination E-verify EEOC employment employment eligibility Employment Eligibility Verification Employment Screening Resources Employment Verification ESR ESR Speaks ex-offenders Fair Credit Reporting Act Fair Credit Reporting Act (FCRA) FCRA Federal Trade Commission form I-9 FTC Human Resources identity theft Job Applicants jobseekers jobs report Lester Rosen NAPBS Privacy SHM 5 SHM 10 SHRM Social networking sites State laws trends USCIS Webinar
Go to Top
We use cookies to customize and enhance the website experience of visitors, facilitate the use of the website, identify visitors to the website, gain statistics about visits to the website, and understand the manner in which our visitors browse the website. We also use the information to diagnose technical and service problems, administer the website, and enhance website security. We use analytics systems to determine how much time visitors spend on our web pages, how visitors navigate through the website, and how we may tailor the website to meet the needs of our visitors. Cookies can be first-party cookies which are those set by us on this website or third-party cookies set by third parties authorized to do so by us. By using the website, you consent to the use of cookies. Our Cookies Policy explains what cookies are, how we use cookies, your choices regarding cookies, and further information about cookies.
Cookie SettingsAccept All
Manage consent